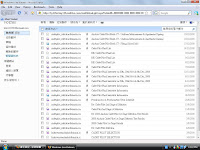 这是我历来从AirAsia所收到的emails，其实还有更多，只是一面显示不完。
Posted by Andy Law at 11:27:00 AM No comments: 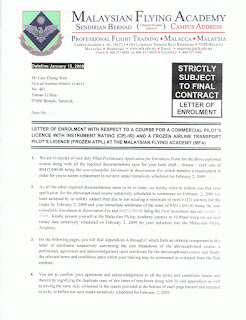 However, there are still no news yet from both parties involved, Maybank and AirAsia. This is absolutely terrible and ridiculous...
Posted by Andy Law at 6:25:00 PM 2 comments:

Yet Another Painstaking Waiting...

It's left than 2 weeks now to join the training in MFA, yet the company hasn't informed us anything till now. The briefing, the loan, the bond signing, we have got no clue at all, seriously. But, who cares? I've managed to wait for 9 months already, this short 2 weeks won't cause any matter at all to me. It's not my practice to always complain on something but this time really get me pissed off! I'm totally dissatisfied with the company's way of dealing with this matter, only one word, SLOW！I seriously hope the company's working efficiency can speed up, well, at least don't leave everything until the very last minute to get them done. I love this company, but there's still lots of improvements. Dato Tony, you hear me?
Posted by Andy Law at 1:06:00 AM No comments:

Countdown has basically become my routine recently. Feeling a bit pity for my calendar, since I have to look at it everyday, if I don't, I'll feel uncomfortable. Well, it's slightly more than 20 days left before I get to join my dream school, MFA in Malacaa.

Looking back to the year 2008, I realized that I had gone through so many things and learnt so much throughout the whole year. It was fairly unbelievable that even me, myself is hard to believe that I'm able to make it until today. So, basically what did I do? Well, to save both your time and mine, I'll just make it short. Okay, that's what happened in year 2008. Firstly, I applied for AirAsia's cadet program back in March, later on received my first reply from AirAsia on my birthday (my best present ever), then I was invited to the first stage after the scrutinizing. After passing the first stage with flying colours and with no major problems at all, I received the email again which notifies me to proceed to second stage, the psychomotor and psychometric test.

Again, I passed it almost flawlessly (serious? just kidding) and continued to the third stage, the interview. This time was really a challenge for me since I don't possess good command of English, particularly my speaking which I can't master it very well until now. Why? Perhaps that's the typical Chinese boy's style, haha. Anyway, despite the whole process was full of horror and tension, I still managed to pass it with a low pass though. All I can describe the interview is with only one word, TERRIFIYING . And one thing which the interview didn't go as what I expected was the questions they asked me during the interview. I prepared so much for the interview, in the end none were "used".

Passing the interview was rather exciting, but I still couldn't relief until I pass the fourth stage, the medical check-up. Frankly, I was feeling concerned about the condition of my eyes as I'm wearing spectacle. I was worried that I couldn't pass my eye test, but luckily I got my medical cert with Class 1 in the end, or else I won't be posting this article today. And now, finally I'm waiting to be sent-off. How miracle was that for what had happened in this short but interesting one year when I recall all the experience I had gone through. It was absolutely unforgettable experience I should say.

Lastly, hope everything goes well in these short 20 days. I have no idea what's waiting for me in MFA, hopefully I can make some friends there. Good luck to me! MFA, I'm coming after you!

*Bear in mind that if you possess a dream, never ever think that it's not achievable, dare to pursue your dream and realize it. You can do it, and so am I!
Posted by Andy Law at 1:44:00 AM 2 comments: